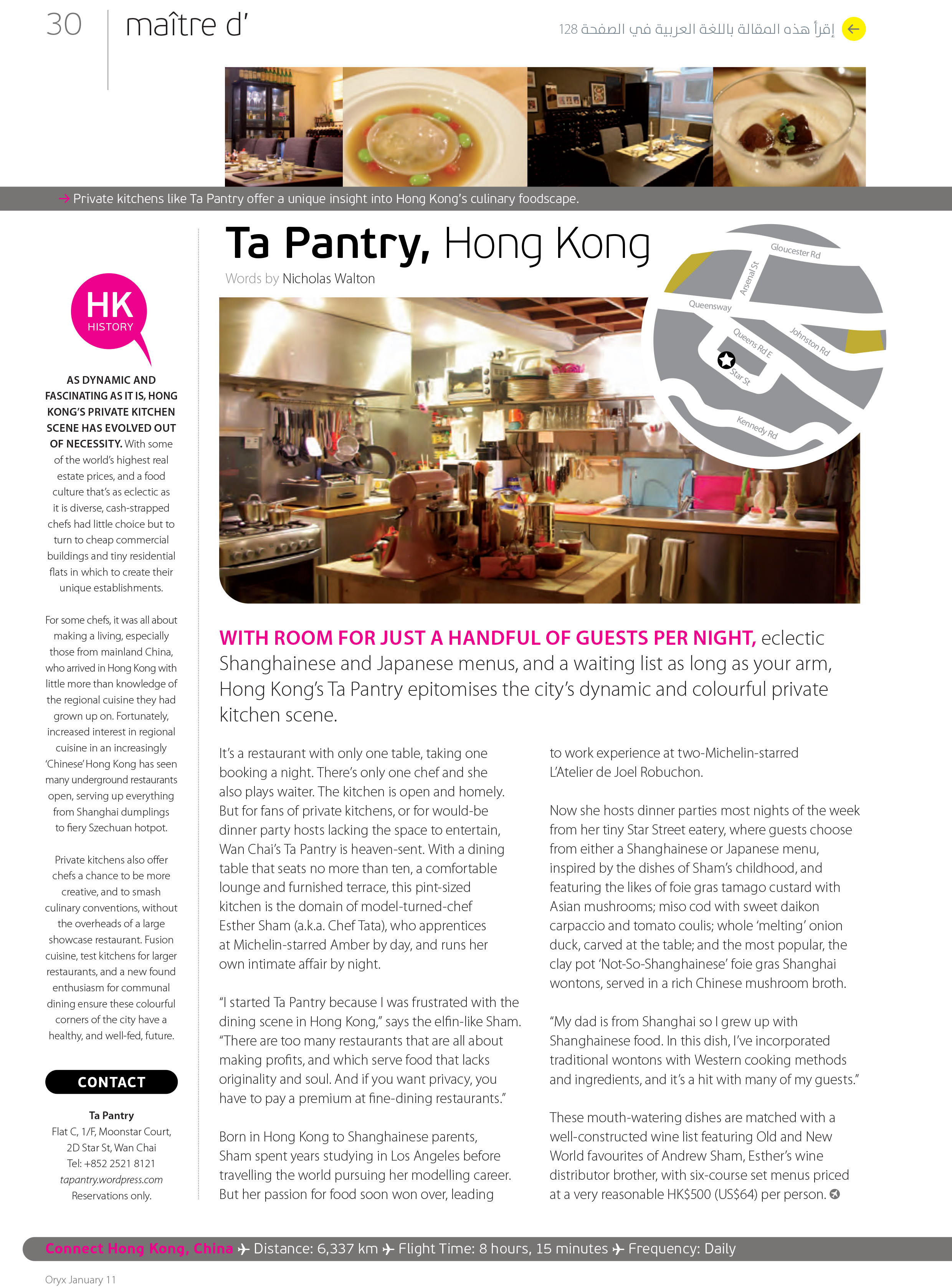 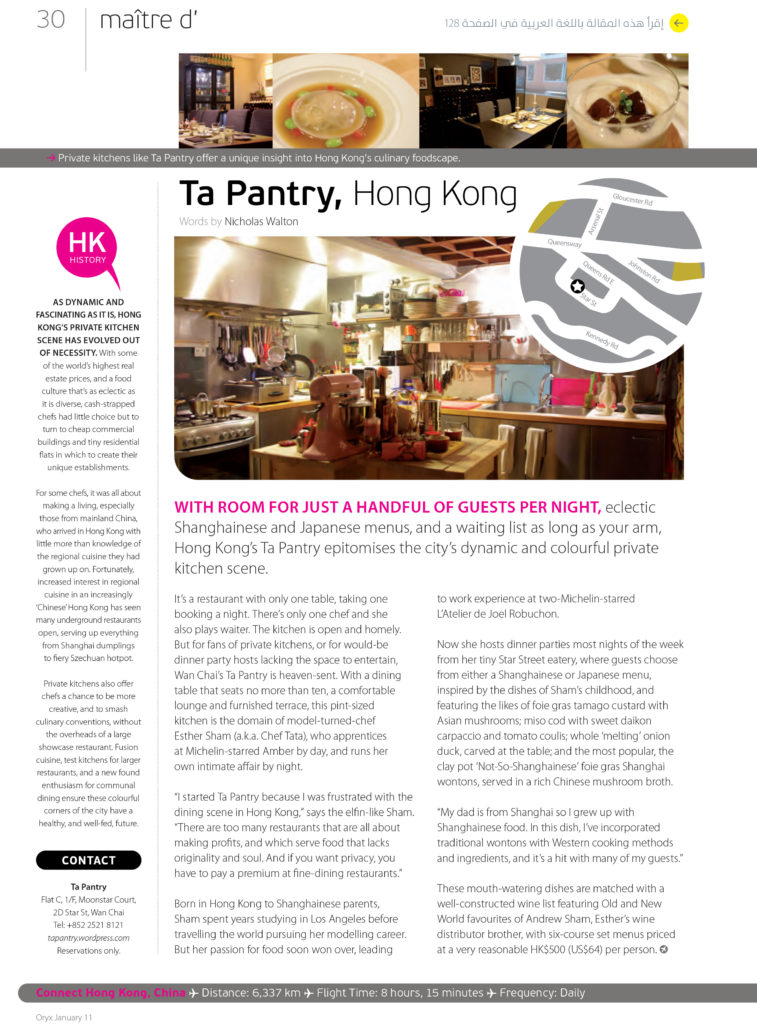 With room for just a handful of Guests per night, eclectic Shanghainese and Japanese menus, and a waiting list as long as your arm, Hong Kong’s Ta Pantry Epitomises the city’s dynamic and colourful private kitchen scene

It’s a restaurant with only one table, taking one booking a night. There’s only one chef and she also plays waiter. The kitchen is open and homely. But for fans of private kitchens, or for would-be dinner party hosts lacking the space to entertain, Wan Chai’s Ta pantry is heaven-sent. With a dining table that seats no more than ten, a comfortable lounge and furnished terrace, this pint sized kitchen is the domain of model turned chef Esther Sham (aka Chef Tata),, who apprentices at Michelin-Starred Amber by day, and runs her own intimate affair by night

i started ta pantry because i was frustrated with the dining scene in Hong Kong,” say the elfin-like Sham, “There are too many restaurants that are all about making profits, and which serve food that lacks originality and soul. And if you want privacy, you have to pay a premium at fine-dining restaurants .

Born in hong kong to Shanghainese parents, Sham spent years studying in Los Angeles before travelling the world pursuing her modelling career. But her passion for food soon won over, leading to work experience at two Michelin starred restaurant

Now she hosts dinner parties most nights of the week from her tiny Star Street eatery, where guest choose from either a Shanghainese or Japanese menu, inspired by the dishes of Sham’s childhood, and featuring the likes of foie gras tamago custard with Asian mushrooms; miso cod with sweet daikon carpaccio and tomato coulis who melting onion duck, craved at the table and the most popular, the clay pot Not so Shanghainese foie gras Shanghai wontons, served in a rich Chinese mushroom broth

My dad is from Shanghai so i grew up with Shanghainese food. In this dish, i’ve incorporated traditional wantons with Western cooking methods and ingredients, and it isa hit with many of my guests